by lsmllc06@gmail.com
in Brewery & Beer Reviews
1 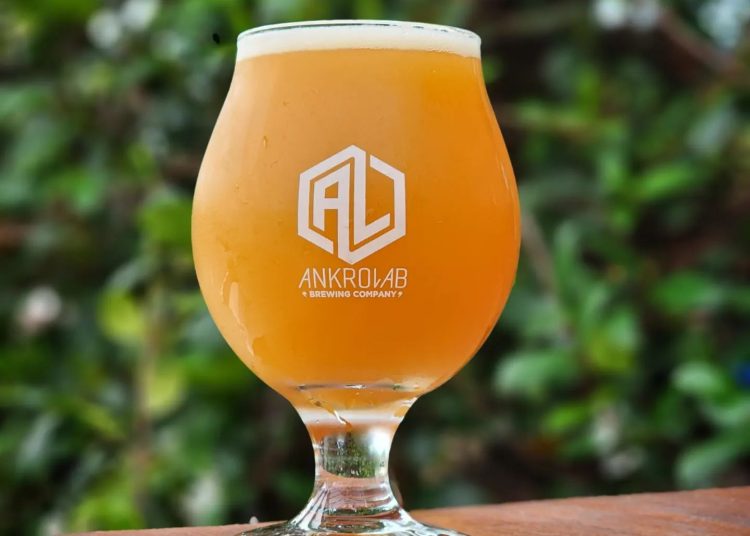 Ankrolab Brewing Company located in Naples, Florida is one of my favorite craft breweries, not because I live just a mere ten minutes away and not because they have so many great beers on tap, but because they have one beer in particular that is at the top of my taste list right now. That  beer is a Hazy IPA called Turtle Season, but I digress. Let’s talk about the brewery facility first.

The brewery construction was completed in May of 2019 to the tune of approximately two million+ dollars. Within the steel skeleton of the former building, the award-winning design by Naples-based architect HLevel took shape for the state-of-the-art microbrewery.

Stainless-steel fermentation tanks can be seen through the front windows of the nearly 6,000-square-foot building. Patrons enter on the south side or rear of the business where parking spaces wrap around a tasting and entertainment area with a food truck next to a large patio.

Families with small children and leashed dogs can quickly settle into the corner lounge seating or on long, narrow German fest tables with benches. A wall of budding plants and a unique fountain made with a row of 27 beer taps helps separate the parking area from the beer garden.

More seating is available inside in a bar area that can be opened to the outside with two overhead doors. The brewery operation at the front of the business can seen through windows in the taproom.

Okay, back to the most enjoyable part of this article, let’s talk about the beers.

To see all beers currently on tap click https://www.ankrolab.com/tap-list/

Also, be sure to check out some of the local Florida Craft guest taps they have.

No Result
View All Result